What Is This Meat Free Week You Speak Of?

This global movement in its 7th year, runs between the 23 – 29 September but before you start panicking about not having meat on your plate for an entire week, lets take a look at why this week exists. Meat Free Week is an international event that encourages us to start thinking about how much meat we eat and the impact eating too much has on our health, animal welfare and the environment.

I have to say straight up that I have a close affinity with bowel cancer and I am a passionate ambassador for Bowel Cancer Australia.

The Moment My World Went Wonky

Those of you who have been reading along with me for a while will know that my world was turned upside down when my Dad was diagnosed with bowel cancer. Within two weeks he had 30cm removed from his large bowel and had started a gruelling regime of chemotherapy, reducing him to a shell of his former self.

That moment of diagnosis means that I and the rest of my family have an increased risk of bowel cancer. It most certainly made me have a good think about what I could do to reduce my risk in the future.

So What Can We Do To Reduce Our Risk Of Bowel Cancer?

There is convincing evidence that eating too much red meat, particularly processed meat are linked to bowel cancer. Processed meats such as bacon, sausage, hot dogs, ham, salami and other luncheon meats pose the greater risk. However, eating more than 350g fresh red meat every week can also be a problem.

Meat Free Week is not about pushing people into vegetarianism or veganism. The fact is, red meat provides valuable key nutrients such as iron, zinc and protein. I personally enjoy eating meat as you may remember from my thoughts on Grass Fed vs. Grain Fed beef and as someone that battles with persistent iron deficiency, I need it in my diet.

We just need to be careful about the amount, how often we eat it and the way we cook it.

What About The Meat Free Alternatives?

Australians rank among the top in the world when it comes to meat consumption and 95% of us don’t eat enough vegetables or wholegrains. Bowel cancer is Australia’s second deadliest cancer too, with 103 people dying each week from the disease. It gets you thinking doesn’t it?

As a poverty stricken uni student, I enjoyed vegetarianism for many years due to financial constraints and it very easily became a way of life (although it had to really). Over the following years, I reintroduced meat a few times each week to counteract low iron levels. Now with three kids, we do eat red meat but certainly less than 350g per week each and I am very militant about the amount of processed meat that is eaten in our household. Much to our children’s despair.

This can be especially challenging as we love all things Italian and their penchant for prosciutto, salami, ham and every processed meat other imaginable. Preparing meals without meat certainly requires a bit more thought and design simply because it not a simple matter of removing the meat and leaving the salad or vegetables to fend for themselves. It is important to include quality protein in your meal and this can be challenging if you have become accustomed to having red meat as a staple item.

The great news is that the wealth of recipes available to us all is unlimited. Some sites that you might like to take a peek at include Meat Free Mondays or  Sanitarium.

Do you have any fave recipes or ideas on how you incorporate some meat free days in your week that you would like to share? 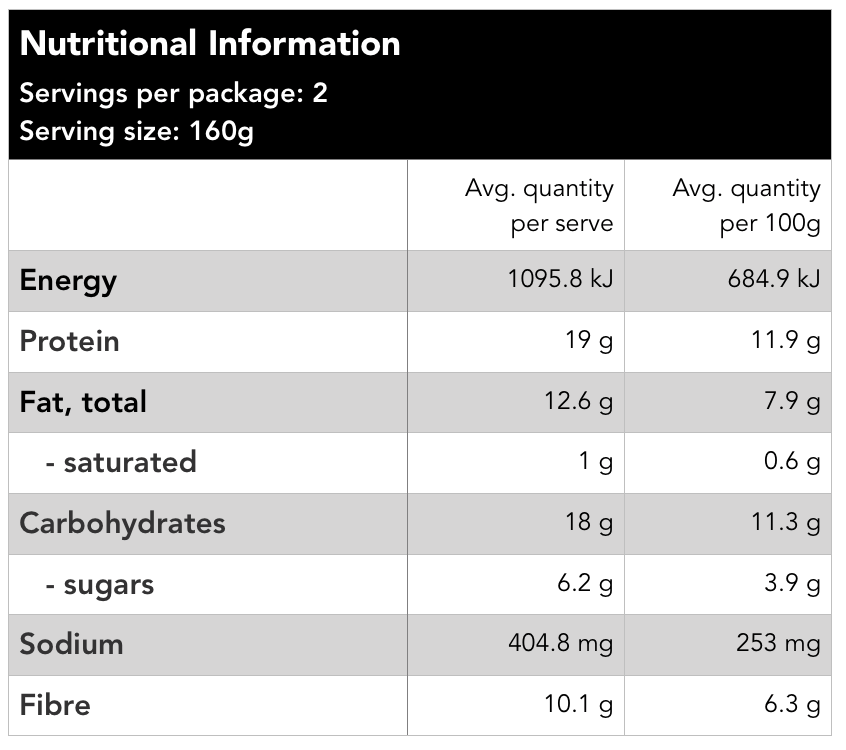 There are so many hot topics in the world of sport and nutrition and two of them right now are the vegan diet and intermittent fasting.

Recently Mark Arnot over at the Train Smarter with Science podcast series, interviewed me on both of these topics and today I am sharing our chat with you all.

Sit back relax, have a listen and if you have any questions on either the vegan way of eating or intermittent fasting – I’m ready. 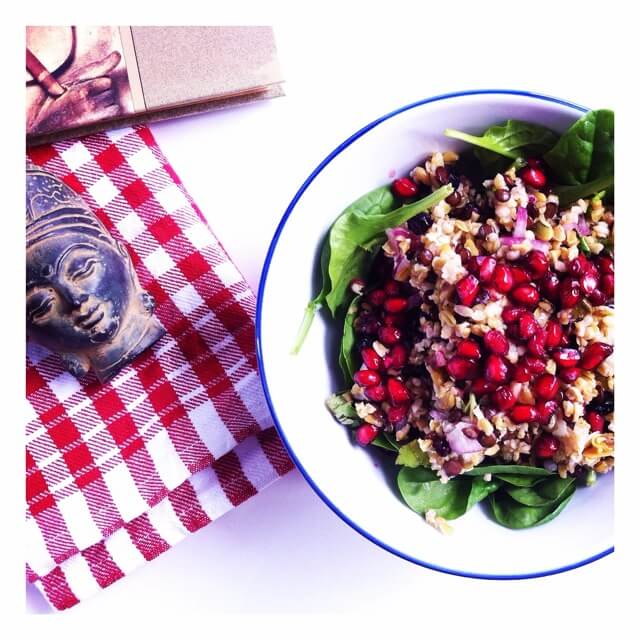 I do love the discovery of a good salad and this one is a beauty! Full of lovely colour, fibre, protein and Vitamin C and the perfect lunch or side for dinner. Ancient Grain Salad with Pomegranate You’ll need: 1 Cup freekah (green cracked wheat, pronounced freak-ah) ½ cup puy lentils/French green lentils – dry A small handful each of pumpkin seeds, slivered almonds and pine nuts, roasted in oven ½ cup (75gms) currants Large handful of fresh flat leaf parsley and coriander leaves– coarsely chopped ½ Spanish red onion – finely diced 40gm or 2 tablespoons baby capers (drained and rinsed) Juice of 1 large lemon Dash of good quality extra virgin olive oil Salt and cracked black pepper to taste Mix together the following for your dressing: 1 cup Greek style natural yogurt 1 teaspoon of ground cumin (feel free to freshly grind if you like) 1 tablespoon of honey 1 fresh pomegranate To make the salad: Put lentils and freekeh on the boil in two separate saucepans. Bring freekeh to a simmer and cook for about 30mins till tender but still a little of a bite to it. Lentils won’t need quite as long – bring to boil and then simmer for about 20 minutes until tender. Drain and cool both when cooked respectively. Chop up herbs coarsely, onion finely and mix through lentils and freekah when cooled. Squeeze lemon juice on top of salad and fold through gently. Fold through ¾ of the seeds, currants and capers just before serving, reserving the rest of the seeds to decorate. Season with pepper and salt. To serve, put half of the dressing on top of the salad, garnish with remaining seeds and fresh pomegranate seeds. Remaining dressing can go into a small bowl with a spoon to serve.