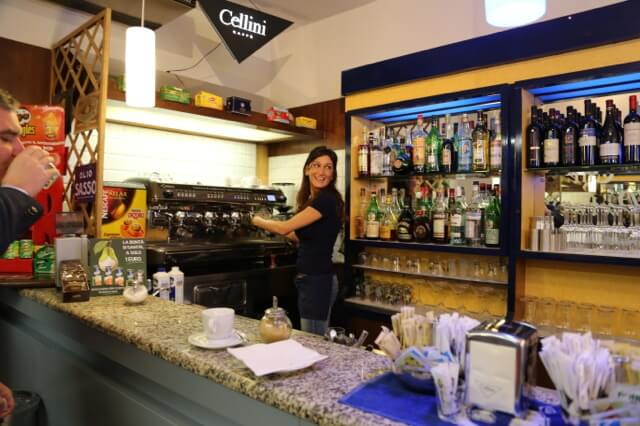 There are few people that would dispute my conviction that Italy produces the best coffee in the world and my current sea change in this beautiful country has meant that I have been able to conduct some serious research into the topic. This morning as I greeted my favourite barista and watched her expertly take orders, make my coffee and at least ten others, serve pastries whilst washing cups and greeting every single person that walked through the door with a smile, it was obvious to me that she was expert at multi-tasking. It certainly didn’t appear to be negatively impacting my Italian barista but is multi-tasking such a good thing? These days, multi-tasking is a term thrown around in all directions and is something we are expected to do in the workplace, at home and in the general management of our lives.

The term “multi-tasking” is not new though and originated in the computer industry, referring to the ability of a microprocessor to process several tasks simultaneously with the first published use of the word appearing in 1965.

Almost 50 years later, multi-tasking is alive and well and it is very difficult not to do it. We are expected to achieve a great deal each day (often quite unrealistically) and we are bombarded with a constant stream of information and technology. Most of us think we are good at it and it is common knowledge that many women believe they are much better at multi-tasking than men, quite often congratulating themselves on their prowess. Leading brain expert, Norman Doidge M.D. author of The Brain that Changes Itself, discusses some research in his book that suggests the left and right hemispheres are better connected in women and that women are better at multi-tasking than men. For all the indignant males out there, it is a moot point anyway as you will soon see.

Doing things like speaking on the phone while folding washing or watching the TV screen while on the treadmill are easy and possible without error, because they don’t require much brainpower.  However, if you want to learn a particular skill or do something well that requires concerted effort, multi-tasking is not advisable, according to Norman Doidge, who is a passionate anti multi-tasker.

It would seem that our brains just aren’t equipped for multi-tasks that require brainpower. George A. Miller, a respected cognitive psychologist, published one of the most highly cited papers in psychology that is often interpreted to suggest that the number of objects an average human can hold in working memory is 7+/- 2. This is usually referred to as Millers Law. When information doesn’t make it into short- term memory, it can’t be transferred into long-term memory for later use. The bottom line is, if you can’t recall it you can’t use it.

In The Brain that Changes Itself, Norman Doidge points to the detailed studies that have been done on multi-tasking which show that people don’t do things as well. It takes a certain amount of mental effort and time to switch from Topic A to Topic B and, if you’re truly multi-tasking – activity A to activity B, you are constantly shifting your brain just like a computer, booting up some circuitry and closing down other circuitry. In the end multi-tasking is working against you and results in inefficiency, fatigue and stress.

Multi-tasking can be dangerous too. Distraction is known to be the leading cause in 22% of car crashes and 71% of truck crashes, with one of the major distractions being the use of mobile phones and hand-held devices. The use of mobile phones, in particular texting, increases the risk of a car crash four-fold. Driving a vehicle is a multi-tasked activity itself and a classic example of where multi-tasking cannot work, constituting a major threat to life.

Children are no different to adults and do not possess any special ability to multi-task.  Many brain experts agree that learning to concentrate is a skill not just useful for academic pursuits but also for life.

So instead of reading this blog while watching the news, cooking dinner, and talking to your kids, try something new.  Just do one thing. Do nothing else and give your brain a rest. Everything else can wait.

Craig Lowndes could be mistaken as a petrol head or perhaps even an adrenaline junkie.  It’s true that he does spend a vast majority of his time skilfully driving powerful cars around a track at warp speed and there is no doubt he is highly competitive. These traits and skills have led to him achieving excellence , becoming a V8 Supercar champion and one of Australia’s most popular sporting heroes.

V8 Supercar driving requires 100% focus.  Legendary British racing driver Stirling Moss describes competitive high speed driving perfectly, “It is necessary to relax your muscles when you can. Relaxing your brain is fatal.” Many researchers now believe that regardless of your inborn talent, it is possible to achieve excellence in almost any domain through single-minded focus and purposeful practice. The ability of Craig Lowndes and others like him to completely shut out distractions and have 100% focus on driving a high powered car around a racing track for hours on end, is integral not only to his success but also to his life.  A moment of lost concentration and focus can ultimately mean severe injury or death to him and others. For the everyday person, the outcome of losing attention or focus is not usually life-threatening. But it is a reality that many of us juggle several tasks at a time and struggle to focus on any one of them for very long.  Lack of absorbed focus takes it toll on the depth and quality of whatever we do and is an inefficient way of doing things. We often allow ourselves to be distracted by the urgent but not important tasks in our day and become very reactive rather than focusing intensely on our priorities. We get so caught up in the business and logistics of life that we don’t stop to consider what it is we really want or where to invest our time and energy to achieve those goals. Tony Schwartz, author of CEO of The Energy Project, believes that if more of us were able to focus, great performance in almost anything would be much more common than it is. Tony goes on to explain that, “Human beings aren’t meant to operate like computers: at high speeds, continuously, for long periods of time. Rather, we’re hard-wired to be rhythmic. We’re at our best when we pulse between spending and renewing energy. Unfortunately, the need for rest and renewal gets little respect and the result is that we increasingly find themselves working at a pace that feels unsustainable. We’re in an energy crisis – and this one is personal.” The Energy Project has some great resources which have certainly made me stop and reflect on the way that I (don’t) recover and renew my own internal machinery.  The Energy Project is offering a series of free  Take Back Your Life in Ten Steps webinars, which will help to re-energize, refocus, and reengage you. Each month, Director of Product Development, Emily Pines  shares The Energy Project’s expertise around ten simple practices featured in Tony Schwartz’ blog, “Take Back Your Life in Ten Steps,” onHBR.org that will enable you to achieve more in less time through renewal and recovery. In the first webinar that I recently attended with the Energy Project I immediately picked up a handful of tips that had me wondering why I hadn’t been utilising them earlier. Top tips included:

I especially liked the thought that we were left with. “Seize back your life – it belongs to you.”