Yesterday I was on the sidelines of a Netta (pre-netball) match cheering on my daughters school team. At half time, one of the 9 year old team members was given a 600ml bottle of sports drink and she proceeded to drink the entire bottle. Funnily enough, I was interviewed by the West Australian newspaper a couple of days ago on the exact same topic so my sports drink antenna were on high alert. At half time in a Netta game, each team member has only played two ten minute quarters and will do the same again in the last half, with a grand total of 40 minutes with breaks in between.  Not surprisingly, this does not warrant the consumption of sports drink in any circumstance. Excess sugar, salt and calories, come on down. Despite the misconception of some people who think buying a sports drink is equivalent to doing exercise, they should only be used before, during or after extended bouts of exercise lasting one hour or longer. Most good sports drinks contain between 4-8% carbohydrate and the combination of the sugar (carbohydrate) and sodium (salt) increases the absorption of water, keeping you hydrated..  Sports drinks also act to delay fatigue by sparing muscle glycogen stores (carbohydrate) and topping up blood glucose Sports drinks are very useful and even essential for extended exercise sessions but all too often kids playing weekend sport and even adults are seen knocking these drinks back when just plain water will do the trick.

Movies and Popcorn anyone? 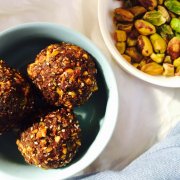 Run Case Study 101 – What I Learnt From Falling Over

How to make Pumpkin Damper

One beer bottle…..
Scroll to top