Blog - Latest News
You are here: Home1 / On the Eleventh Day….

On the eleventh day of Christmas my true love gave to me…Eleven emus kicking…ten wombats sleeping, nine crocs a weeping, eight flies a feasting, seven possums playing, six sharks a swimming, five kan-ga-roos, four cuddling koalas, three little penguins, two pink galahs and a kookaburra up a gum tree. Emus worry me, they really do.  Beady little eyes and a lonnnnnnggg neck that looks like it might reach out at any moment and give you a little peck followed up by a quick kick.  An iconic Australian product that we all know is the good old Emu Export beer.  It is still around but not considered to be in vogue now.  It was and still is a full-strength beer but now we are bombarded with low carb beers.  Are they the real deal? Low carb beers are low in carbohydrates but they still contain alcohol and therefore kilojoules.  Choosing a low carb beer over a full strength beer will save you about 100 kilojoules.  In a 375ml can or stubby of full strength beer there will be approximately 13 grams of carbohydrate compared to 3 grams in the low carb version, so this could be useful for diabetics but there is still have issue of the alcohol content.  Low carb beers are not new in Australia and are not the same as ‘light’ beers which are lower in alcohol, so watch out for the false promises of beer advertisers. If you are concerned about your weight (and Christmas Day may not the day to be concerned), consider choosing a beer that you enjoy and drinking less of it.

Beer, wine or spirits: which is the healthiest choice?

Fuelling Up Your Workout The Easy Way

On the Second Day…. 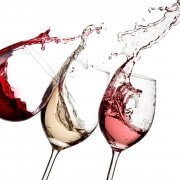 The Second Day Of Christmas – With A Healthy Twist

On the Tenth Day…

On the Twelfth Day of Christmas….
Scroll to top