Blog - Latest News
You are here: Home1 / Beer, wine or spirits: which is the healthiest choice?

One of the most common questions I am asked is, “Beer, wine or spirits: which is the healthiest choice?” Lets face it, it is an important question, most especially on a Friday afternoon, Saturday night or even a Sunday lunchtime.

Essentially, beer and wine are very similar in terms of kilojoule content when drunk in the most commonly served quantities and they can contribute to weight gain.

If wine and beer are compared on a 100ml basis (except for the vodka at 60ml) this is what we find:

Fantastic you may be thinking, these figures are reassuring, beer is looking great.  There is a small problem though.  Most people don’t usually drink just 100ml of beer. In practical real life terms, this would mean you cracking open the beer, enjoying 100ml and then passing it onto someone else for their 100 mls and so on down the line. Never going to happen.

Standard drinks vary in size depending on the type of alcohol.  A standard drink of beer is 250ml or 2/3 can or stubby and a standard drink of wine is 100ml.  Measure that 100ml and I can almost guarantee that is not the amount you are pouring yourself.

An average restaurant size serving of wine is 180ml or 1.8 standard drinks and the average serving size of a full strength beer is 375ml or 1 middy/can/stubby, which is equal to 1.5 standard drinks.

The Fat and Alcohol Express Train

If you go out for a drink and enjoy 2-3 wines or 2-3 stubbys of beer, you will clock up around 1500 -1600 kJ in both cases. This is equivalent to chomping through 4 slices of multi-grain bread, although not quite as nutritious. Beer, wine and other drinks can weaken resolve and many people reach for high fat snacks after a few drinks.  Combining fatty foods with alcohol is the worst combination of all for weight gain, so it is a good idea to eat before drinking alcohol to lessen the temptation to reach for the chips and peanuts. If you can separate these two things, it is a game changer in terms of weight gain.

Are Low Carbohydrate Beers the Beer Equivalent of Celery?

Low carb beers are not new in Australia. The marketing of these drinks is usually accompanied by terms such as ‘health and lifestyle conscious’, ‘low carb diet’ and ‘for those who like to have a beer but are watching their weight’. Basically these beers somehow seem to promise to keep you slimmer while drinking a full strength beer.  Low carb beers are not necessarily the same as ‘light’ beers.  The light alternatives are lower in alcohol.

Drinking low carb alcoholic beverages does not lessen the risks associated with drinking alcohol such as becoming overweight or obese, cancer, high blood pressure and stroke. If you are concerned about your weight, consider choosing a beer that you enjoy and drinking less of it. For some more details on low car beers check this summary out here.

And What About The Goodness Of Red Wine?

It is true that red wine is a rich source of antioxidant flavonols (sub-group of flavonoids). This means that these antioxidants in red wine COULD lower the risk of cardiovascular disease by reducing the oxidation of LDL cholesterol, the ‘baddie’ of the bunch and reducing the likelihood of blood clots in our arteries. However, to achieve this protective effect, a fair bit needs to be consumed and this is not ideal from an alcohol perspective.

The early 1990’s were heady days for red wine drinkers. This was the time when scientists had observed that red wine might have some very positive health benefits because it was a good source of antioxidants.  It was the time that red wine was celebrated as being a friend and a time when the beneficial quantity was unknown.  It meant that there was a perceived license to drink red wine whenever you felt like it. Alas, we know that this is not the case.

The Fourth Day of Christmas – With A Healthy Twist

Acne And The Food We Eat – Is There A Link? 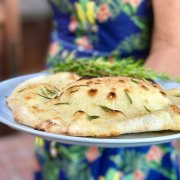